Three ex-KBO MVPs have started their spring training this month. Two of them want to improve on their success last season. However, the third one wants to earn a spot in the rotation.

Toronto Blue Jays’ Ryu-Hyun-jin and St. Louis Cardinals’ Kim Kwang-hyun are entering their second year with their respective teams. The Blue Jays are holding their pitcher-catcher workout in Dunedin, Florida. On the other hand, the Cardinals are training in Jupiter, Florida.

In 2020, Ryu had a 5-2 record with an ERA of 2.69. Also, he finished third in the AL Cy Young voting. Toronto also qualified for the postseason. The last time they achieved it was in 2016. Furthermore, Ryu will be the Blue Jays’ ace. The team also signed center fielder George Springer to enhance its lineup. 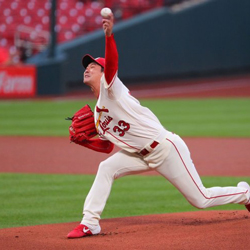 Kim played like he was not a rookie in the Major League. He had a perfect 3-0 record with an ERA of 1.62 in eight games. Also, he had one game as the reliever. Kim opened the 2020 season as the Cardinals’ closer. According to sports betting reports, he got a save in his first MLB game.

He earned a spot in the rotation later in the season based on betting odds sources. He had always been a starter in his 13 years in the KBO, playing for the SK Wyverns. Kim is expected to retain his spot in the rotation in the upcoming MLB season. St. Louis’ roster includes Adam Wainwright and Jake Flaherty. The Cardinals also beefed up their defense by signing Nolan Arenado via a trade with Colorado.

On the other hand, Yang Hyeon-jong recently signed a minor league deal with the Rangers. Also, the team invited him to spring training. According to gambling reviews and news sites, it will be his chance to earn a spot in the rotation. However, he is still waiting for his working permit.

Previous Post Celtics vs Pistons Betting Pick – NBA Betting Prediction
Next Post What is a Teaser Bet and How to Bet on Teasers?