BetEnjoy is Partnering with PSV Eindhoven

PSV (Philips Sport Vereniging) which is internationally known as PSV Eindhoven, is a Dutch football club from Eindhoven, the Netherlands. They are part of the in the prestigious Eredivisie football league.

The deal comes into effect as PSV currently ranks third in the 2022-23 Eredivise rankings and enters matchday 9 of the season. 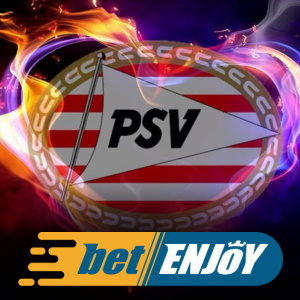 Shi-woo Kim, the Head of Gaming and New Business Ventures for BetEnjoy said that this partnership is a great opportunity for both entities. It will give PSV the opportunity to build up their engagement with Korean fans and reach new audiences around the world. On the other hand, BetEnjoy will be able to promote its sports betting services to Korean PSV fans.

Kim said that PSV was chosen because they “share a clear vision of how football and sports betting entertainment can come together to enhance the fan experience in a safe and responsible environment.” Furthermore, he said that “as one of the best sports club in the Eredivise, partnering with PSV was an easy decision to make”.

BetEnjoy is an online sportsbook that has been catering to Korean sports bettors around the world since 2020. The company has operations in 120 countries and is known for its vast array of sports betting and casino options. This is because BetEnjoy uses the WINKA iGaming Platform which gives players have access to three different sportsbook platforms. These include BTI Sports, Pinnacle Sports and SBOBet Sports for a one-of-a-kind sports betting experience!

Bet on Football with BetEnjoy, the official Korean sportsbook of PSV Eindhoven

Should You Bet on Parlays?