The Fiserv Forum will serve as host of the Clippers vs Bucks game. Eric Bledsoe and the rest of the team will try to defend their home against Kawhi Leonard and his squad. Early sports betting odds for the match have Milwaukee as five-point favorites. The initial total is at 232.5 points. 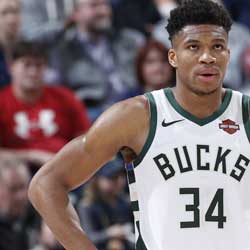 Kawhi Leonard is scoring an average of 25 points a game in the season so far. Also, he is playing 31.2 minutes each game. He averages 5.3 assists and 7.9 rebounds. His FG percentage is 44 percent, and his FT percentage is at 84 percent. As you can see, he rarely misses at the charity line.

Helping Kawhi in carrying the team is Lou Williams, who is averaging 21 points, o6.3 assists, and 3.4 rebounds a game. His FG percentage is 42 percent, and the FT percentage is 85 percent.

On the other side of the court is reigning MVP Giannis Antetokounmpo. Internet gaming Korea experts expect him to win the MVP title again this year. He averages 31 points a game, 13 rebounds, and five assists a game.

Eric Bledsoe is another bright spot on the roster, with averages of 15 points a game, 5.1 rebounds, and five assists. His FG percentage is 47 percent, and the FT percentage is 79 percent.

Milwaukee is having a good season. They are first in the NBA with 121 points a game. Also, they are first in shooting at 48 percent. Be sure you know where to gambling online before the start of the game.