In tonight’s baseball matchup we have a team looking to survive against a team looking for glory. Yes, we are talking about the Los Angeles Dodgers who already have a spot in the MLB payoffs. Not only are they in the playoffs, they are also looking to win the NL West. Then, we have the Cincinnati Reds who are trying to stay alive by clinching a Wild Card spot. Find out how each team will do with our Dodgers vs Reds Betting Pick before you place your bet!

The sports betting websites have the Dodgers as the favorite team to win with odds at -175 to -180. Despite these odds, the offensive power of the Dodgers is not as good as it was earlier in the season. However, the Reds’ attack power is struggling even more. This brings about the question as to what kind of bet should a gambler make on this baseball matchup?

Dodgers vs Reds Betting Prediction and Analysis for 9/17/2021 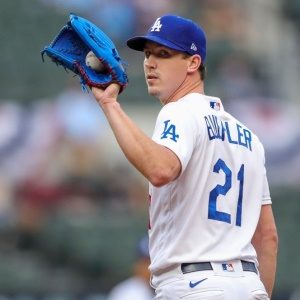 The Dodgers currently rank second in the NL East with a 94-53 record and are fighting for their division title. Furthermore, they are just one game behind the San Francisco Giants and the competition is heating up between them. Thus, as the Dodgers start a three-game series against the Reds, this is their chance to catchup to the Giants.

The first game will be held at the Great American Ball Park in Cincinnati giving the Reds the home advantage.  However, the Dodgers will be playing after taking a day off from playing. Despite everything, the Dodgers are playing very well winning their last 6 games in a row. Recently, those who like to bet on baseball have made a lot of money from betting on the Dodgers.

In their last game, the Dodgers won 5-3 against the Diamondbacks with Urias striking out five batters across five innings. Furthermore, Gavin Lux led the way for Los Angeles going 2-4 on the day to drive in two runs.

On the other hand, the Cincinnati Reds are also coming in after winning against the Pirates 1-0. This is an important game for them as they are trying to clinch the second Wild Card spot. While they did win, sports betting odds analysts are skeptical about their offense. This is because in their last 10 games, they have only had 4 runs or less.

However, the Reds are expecting to have Jesse Winker playing for tonight’s game. He is currently hitting .307 and has a .995 OPS with 24 home runs and 71 RBIS in his career. Furthermore, Tyler Naqui may surprise us as he has been hitting .314 in 48 games with a .905 OPS.

Bet on the Los Angeles Dodgers at -175

The Los Angeles Dodgers are without a doubt going to make the playoffs thanks to their Wild Card lead. In addition, they are scoring 5.46 runs per 9 innings while the Reds are scoring 3.3 runs per 9 innings. Both bullpens have been pitching well in their last 10 games with the Dodgers having a 2.60 bullpen ERA.

The Dodgers have more drive as they hope to win the division and will continue to play hard. Therefore, we predict the Dodgers will win with a final score of 6-1.