The general managers of all ten teams proposed to start the 2021 KBO season in April. They decided during the executive committee meeting last Tuesday. One topic they discussed is the start of the new season.

They agreed on April 3 as the tentative KBO Opening Day. The board of governors will meet next week to review the motion. Often, KBO seasons start in late March. However, the KBO postponed 2020 Opening Day from March 28 to May 5.

Despite the late start, teams played all 144 games. The KBO awarded the Korean Series title on November 24, the latest completion of a season in league history. Teams will start their spring training on February 1. 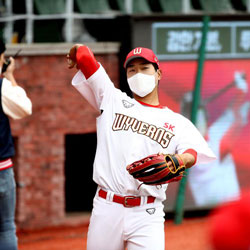 According to sports news reports, KBO teams usually go to warmer countries for their spring training. However, travel restrictions due to the pandemic will keep the teams within South Korea.

Organizers rescheduled the Tokyo Summer Olympics to July 2021. According to a sports forum, it will affect the KBO schedule. If the Summer Olympics goes according to plan, the KBO needs to have a midseason break for around two weeks because its top stars will play for South Korea.

According to sports betting news sources, the 2021 season might end in November again. In 2020, the postseason games will take place at Gocheok SkyDome. The executive board will look at the possibility during their next meeting.

Another issue that they will discuss is the scrapping of the secondary draft. It is like the Rule 5 in Major League Baseball. During the draft, KBO teams can choose a maximum of three unprotected players from other teams.

The KBO secondary draft’s goal is to prevent teams from hoarding young players from the minor league. Instead, the players can play in the KBO for other teams.