Former MLB all-star Addison Russell debuted for the Kiwoom Heroes Tuesday. Manager Son Hyuk placed him in the No. 3 spot of the batting rotation. Also, he placed Russell as a shortstop. The manager thought of putting Russell in other spots in the roster.

However, he thought that No. 3 was the best position for the former major leaguer. Son hopes that Russell stays healthy throughout the remaining KBO season. His first game was against the Doosan Bears at the Jamsil Baseball Stadium.

If Russell hits well in the game, it will motivate the team for the rest of the season. He played for the Cubs for five seasons. Also, he won World Series with the team in 2016. Russell signed with Kiwoom Heroes in June. 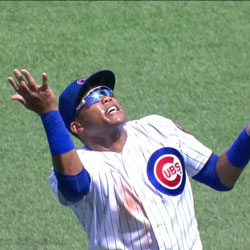 Russell arrived in South Korea earlier in July and spent the next 14 days in quarantine. He played two minor league games during the weekend. According to sports betting odds sites, he went five for six with two doubles in those games.

Based on baseball betting sources, Russell would bat .319/.411/.696 in the league this season. The Heroes have 74 games remaining this year. Son thinks that Russell would have a significant impact on the team if he stays healthy throughout the season.

With Russell third in the rotation, Lee Jung-hoo will be the cleanup. Son removed Park Byung-ho from the cleanup position and made him the fifth batter. Also, the Heroes manager said that the third, fourth, and fifth spots are flexible. He would also have Russell play cleanup in some games.

According to baseball betting strategies, you should consider the recent roster changes the Heroes made when wagering in KBO games. Russell would replace Kim Ha-seoung as the team’s shortstop. Also, the latter would move to third base.