Ladbrokes and Sportsbet defended their advertising practices with an inquiry into kids’ exposure to gambling ads. However, they said they need to improve their efforts to lower minors’ risks.

The bookies each cited their efforts promoting responsible gambling tools as proof they recognized their obligation to safeguard minors in letters to a parliamentary investigation looking into whether regulations do enough to prevent youngsters from exposure to online sports betting advertisements.

According to sports news coverage reports, Sportsbet was dedicated to ensuring that its advertising approach is sustainable and in accordance with community expectations. Sportsbet noted that there was strong community interest in its advertising. 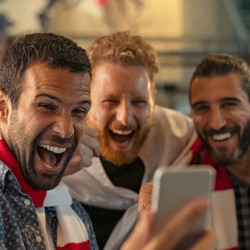 In 2021, Sportsbet accounted for over half of the Australian sports betting industry and generated $US1.72 billion in revenue. It claimed that the money was distributed across the system to support the operation of racing and sports nationwide.

The gaming titan cited data suggesting that, in 2020, only 0.45% of complaints received by an advertising group were about gambling.

Only 1% of respondents to the second study of more than 2000 Australians reported having concerns about gambling problems.

According to online gambling South Korea sources, Ladbrokes and Neds owner Entain stated that it backed legislation that forbade gambling advertisements on television during kid-friendly times and forbade the display of odds during live sporting events.

The business recently announced that it would not be the shirt sponsor for any Australian professional sports club. This choice was made in consideration of community opinion on the subject.

According to the Australian Medical Association, 16% of Australians aged 16 or 17 have gambled while underage. It also underlined specific dangers that internet gambling causes to children and young people.

Gambling advertising should be outlawed nationwide, according to Suicide Prevention Australia.