The South Korean Triathlon Abuse Scandal is still a bitter memory for the Sports Ministry and they want more justice. This all began a few months ago after Choi Suk-hyeon, took her own life back in June of 2020. She felt she had no other choice after suffering abuse from her coach and other athletes. In our latest Triathlon Abuse Scandal Update, the Korean Sports Ministry wants the dismissal of officials in relevant organizations.

Furthermore, they also want legal authorities to also probe deeper into them. On Friday, the Sports Ministry gave a warning to the Korean Sport and Olympic Committee President, Lee Kee-heung. This is because their poor handling of the rampant abuse taking place in triathlon organization. 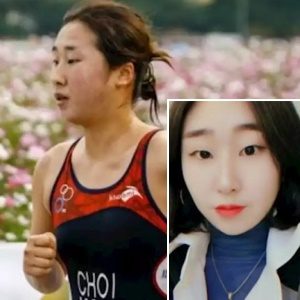 Months before her suicide at her home, Choi had made pleas for help and they did not act out on her behalf. Since her story came out about the abuse, she took from the team doctor, coach and another athlete, her former teammates have come forward with their own allegations.

According to sports news, this led to the arrests of the main culprits in the scandal.  However, this is not enough and the Korean Sports Ministry is taking steps to correct this wrong.

At the moment, the ministry is asking the authorities to launch an investigation into three KTF officials. Furthermore, they have already made the dismissal of the head of its sports department.

So far, the investigation into the abuse has been done under the leadershop of the Second Vice Minister, Choi Yoon-hee. According to the latest gambling industry news, he has made 30 interviews of officials in the KSOC and the KTF.  Furthermore, he is also looking into studying other relevant documents to the case.

As part of the response from the Korean sports ministry, they will create the Sports Ethics Center.  According to iGamingKO.com, this new agency will have the task of insuring transparency and protect its athletes. Furthermore, this new sports organization will began operating earlier this month.

The goal of the sports ministry it to eliminate the “win at all cost” mentality. In addition, they also want to stop all forms of human rights abuse in Korean sports.