The State Casino Control Commission reported that Ohio casino revenue decreased in April. However, the four casinos topped over $92.8 million. Casinos’ table revenue was $28.9 million, a 2.5 percent increase from March’s $28.2 million. However, slot revenue dropped 1.8 percent from 65.05 million in March to $63.8 million in April.

US casinos recorded their best month in March. According to casino news reports, US commercial casinos earned more than $5.3 billion in March. Thus, it was the best single-month revenue for casinos. The former record was $4.92 billion, achieved in July 2021. 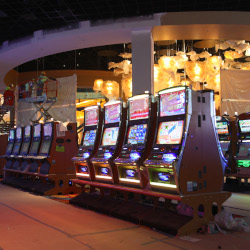 According to casino tutorials and news sites, US casinos performed well in the first quarter. However, they fell short of the $14.35 billion earned in the fourth quarter of 2021, the best quarter in US casino history.

The report didn’t include tribal casinos. They report their revenue separately. However, live dealer casino experts expect the numbers to be similar to commercial casinos.

Las Vegas remained the most significant casino market, with $7.05 billion in revenue in 2021. Atlantic City is second with $2.57 billion.