South Korea at the forefront of the e-sports industry

The first ever eSports Tournament took place in 1972 when 24 students began a fight in a “Spacewar” tournament. 45 years later, e-sports have become a multi-million dollar industry with the potential to grow higher than football. Furthermore, South Korea is at the forefront of the e-sports industry with several champion gamers under its belt.

South Korea is a pioneer in e-sports and much of the success of this industry is because of South Korea.  In fact, as of 2018 eSports is now a $900 million industry which is a 30% rise from 2017.  Thus, e-sports is one if not the fastest growing sports industry in the world.

However, the U.S. and China have the biggest eSports market revenue and share due to their population and size. Nevertheless, South Korea is the industry leader in terms of innovation and seen as the leaders of the industry. 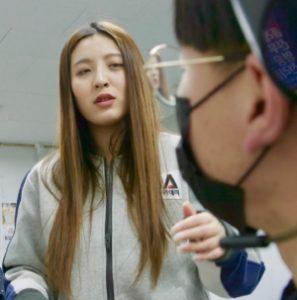 Today, the top e-sports players earn millions of dollars from winning tournaments and that does not include team salaries and sponsorships.  Furthermore, the average e-sports salary is around $60,000 per year.  This is because team salaries on average range from $1,000 to $5,000 per month.  In addition, top e-sports team members earn as high as $15,000 a month and it does not include prize money.

Even though South Korea is only the sixth largest e-sports market in the world, it is number one in innovation. However, many Korean Players end up as coach for Chinese and American teams. In addition, they have taken eSports to a new level, with the growth of gaming academies.

One such academy is the Seoul Gaming Academy or SGA where students learn how to become professional gamers.  Such academies are known for turning average players into top ranking players in the country.

One example is Sung Chang-kyung who was an average player until he enrolled at SGA.  Today, he now plays and competes amongst the best players in the country. Of course, like any sports not everyone is able to become a professional player. However, such academies can help a player become one.