The South Korean ice skating world is not having a good year.  This is because of multiple scandals in the news this year starting with Shim Suk-he accusing her coach of assault.  Thus, sports news are talking about how a Korean World Skating Champion Receives a One Year Ban for Sexual Harassment.

Yes, we are talking about Lim Hyo-Jun, the South Korean short track speed skating world overall champion. The South Korean Skating Federation says Lim pulled down the pants of a male teammate in front of several women.  In addition, the incident took place on June 17, 2019 during practice at the Jincheon National Training Center. 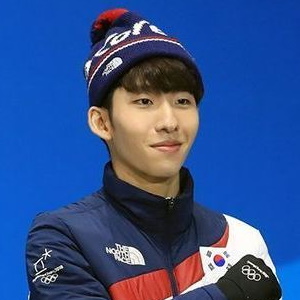 The Korean Skating Union or KSU is not taking lightly these allegations because of the problems they had earlier this year. Even though Lim is the reigning Olympic champion, the KSU is taking this seriously.  Therefore, after investigating the incident, they made an example of Lim to show the KSU does not tolerate sexual harassment.

Originally, the KSU gave the 14 skaters on the National men and women team a one month skating ban. However, the decision to ban Lim Hyo-Jun for a year was made on Thursday.  This was done after the KSU took a look at the video of the incident.  In addition to watching the CCTV footage, they also took the time to interview all skaters present during the incident.

Furthermore, according to sports betting odds websites, the KSU chose to not reveal the name of the sexual harassment victim.

Lim first made a name for himself after winning the 1,500m race at the 2018 Pyeong Chang Olympics. After the Olympics, he had continuous success in the ice skating world.  His latest success includes winning several titles during the World Championship in March.

However, due to this incident, betting pick experts believe his Olympic titles are now in jeopardy in 2020.