Today, the St. Louis Cardinals are heading to Dodger Stadium for a 3-game series against the Los Angeles Dodgers. According to sports news, this will be the second time this season they play against each other In their previous 3-game series, the Dodgers had won the series 2-3 back in July. However, will the Cardinals be able to win this series this time around or will the Dodgers prevail?  Let’s find out with our Braves vs Cardinals Betting Pick and prediction from our baseball handicappers.

In this matchup, we are looking at the best of the NL Central taking on the best in the NL West. After their last game, the Cardinals are entering this series with an 88-63 record. On the other hand, the Dodgers have a 104-46 record.

According to the latest betting odds, the Dodgers are the favorite team to win with a -180 moneyline. Their opening odds was at -164 and since then has gone up to -180 with most bets on the Dodgers.

Cardinals vs Dodgers Betting Prediction and Analysis for 09/23/2022 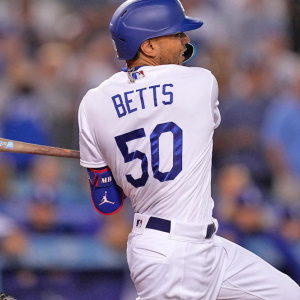 Back in August, the Cardinals were one of the hottest team in baseball. However, September has been disappointing for baseball betting fans as they have been unable to score in 3 straight games. Thankfully, they were able to break out of that rut last night after defeating the Padres 5-4.

The Cardinals is a team that can compete with the best and will have Jose Quintana as the starting pitcher. He’s coming off of an 8.0-inning shutout performance. Furthermore, he has yet to allow more than 2 earned runs in any of his 9 starts with St. Louis.

On the offensive side, Paul Goldschmidt leads the Cardinals with 171 hits and 112 RBI. In addition, Nolan Arenado and Tommy Edman together have 304 hits and 153 RBI

At this point, the Dodgers are a shoe-in for the playoffs but it does not mean they will win. This is because they want to ensure that their key players are in good shape for the playoffs. Therefore, they will not be going all out against the Cardinals.

Then again, they will be playing at home and have won 13 of their first 20 outings in September. This is while posting the third-lowest ERA in the majors (2.78). Furthermore, the Dodgers held the MLB-best record on Thursday, four and a half games ahead of the AL-leading Houston Astros.

In tonight’s game, Los Angeles will have Andrew Heaney on the mound. He is currently 3-2 with a 2.66 ERA and 92 strikeouts this season. In addition, this will be Heaney’s second career game against the Cardinals.

Freddie Freeman is the offensive leader for Los Angeles with a .330 batting average.  Then, we have Mookie Betts who leads the team with 35 home runs and Trea Turner with 97 RBIs.

Bet on the Los Angeles on the Money Line

Jose Quintana’s performance has been solid but, on the road, his ERA is at 4.6. In addition, the Cardinals have been having some serious offensive problems this week. Therefore, if hey cannot get pass that, there is no way they can beat the Dodgers.

While the odds are very attractive for the Cardinals, the Dodgers are a better team with the home advantage. Therefore, we predict the Los Angeles Dodgers will win with a final score of 5-2.