Toronto Blue Jays Ryu Hyun-jin left South Korea for the US for spring training. The team will hold its spring training in Florida. Also, it will be Ryu’s second season with the Blue Jays. He went back to South Korea in October after Toronto’s elimination in the MLB postseason.

Ryu had a tremendous first year with the Blue Jays last season. Also, he finished third in the American League Cy Young Award voting. According to sports news reports, he finished with a 5-2 record with an ERA of 2.69 in twelve starts.

The South Korean ace also earned the Warren Spahn Award for being the best left-hander in the Major League. Also, he was part of the All-MLB Second Team.

Blue Jays Ace Ryu Hyun-jin Returns to the US 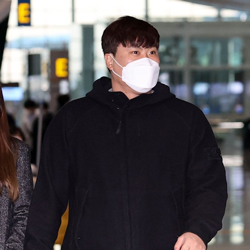 Ryu would go straight to Florida. According to online sports betting sources, the Blue Jays will hold their spring training. He also said that he threw a couple of times while in South Korea. Once he gets to Florida, he will focus on baseball alone.

Blue Jays catchers and pitchers will report to the team’s spring training by February 16 or 17. The team reached the MLB postseason last season for the first time since 2016. In the upcoming season, Toronto will try to qualify again for the postseason.

Last season, the MLB had a 16-team postseason format due to the shortened season. The 2021 season will have the standard 10-team format. Baseball and soccer betting predictions experts expect Toronto to mean business in the upcoming season.