This year, the 2018 K League MVP Award began Thursday and four players have been chosen as potential MVP candidates.  The voting this year began at 9 a.m. and will continue until 8 p.m on December 2, 2018. However, this is not a surprise to football betting fans because the K League made MVP nominees announcement last week.

According to football news websites, all of the Korean Football clubs gave their recommendations for MVP earlier this month. Each football club made their submission based on several criteria for the honor to become this year’s MVP. 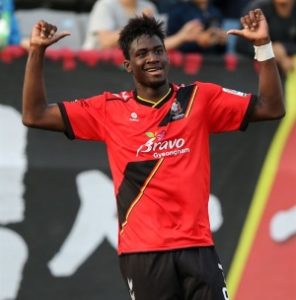 Marcos Vinicius Amaral Alves known as Marcão is a Brazilian footballer.  According to Gyeongnam FC Betting  experts, Marcos became part of the team in 2017 for a three year contract. He was chosen because he is currently the best scorer in the first division with 26 goals. Furthermore, he also led the MVP and scoring title last year in the second division.

Uros Djeric is a Serbian professional footballer became a forward for Gangwon FC in January of 2018.  For the moment, he ranks second in the league for best scorer with 24 goals.

Gleidionor Figueiredo Pinto Júnior  or Junior Negrao is a Brazilian striker who has been on several teams during his career. He ranks right below Djeric for best scorer with 21 goals.

Last but not least is Lee Yong hails from South Korea and plays for the Jeonbuk Hyundai Motors as a right-back. In May of 2018, Yong became part of the South Korean national football team’s 28 man squad during the 2018 FIFA World Cup in Russia. In addition, he ranks third in assists with nine helpers in 30 games.