The Fantasy Sports industry is going through a major set back after the New York Appeals Court decision.  This is because they said that Fantasy Sports Contests are Illegal in New York and are against the NY constitution. Thus, this is a major setback for Fantasy Sports companies like FanDuel and DraftKings.

According to baseball news, the decision to strike down most of the law to authorize fantasy sport took place Thursday. The law in question is about the one that Gov. Cuomo chose to sign back in 2016.  This law said that fantasy sports was not a form of gambling and gave consumers safeguards. Furthermore, it also gave minimum standards, regulations and the taxations of fantasy sports companies. 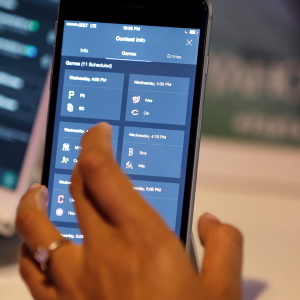 The reason why Fantasy Sports Contests are Illegal in New York is because it requires a constitutional amendment. Thus, in order to change the amendment, it must receive the approval of New York State voters. In addition, the appeals court said that a simple change in the law with just the signature of the governor is unconstitutional.

Legalizing fantasy sports in New York has been a large source of debate in New York for the past years.  In 2018, Acting Justice Connolly said he agrees with part of the lawsuit that fantasy Sports violates the ban on sports wagering. On the other hand, the court did agree with the legislature in giving fantasy sports an exemption from the law.

Now that the NY Supreme Court said Fantasy Sports is illegal, what is the future for them in New York? According to online sports betting websites, the NY attorney general will be reviewing the rulings. Furthermore, an appeal will probably be made about the decision.

However, until the appeal is made, it will be business as usual for Fantasy Sports providers. This is because until a final determination is made by the highest court in NY, customers can continue to play.

Want to bet on Sports?  Then use VOBET, the best sportsbook in the world!

Can you Get Rich from Gambling?