Infielder for the SK Wyverns, Kang Seung-ho receives 1 year suspension for covering a drunk driving incident by his team.  The drunken driving incident took place last March when he was caught with a blood alcohol content of 0.089%.  According the law in Korea, the legal limit is 0.03% and can lead to the suspension of their driver’s license.

As a punishment, the team gave him a fine for 10 million Wong and 180 hours of volunteer work. Furthermore, he was also given a 90 game suspension from playing baseball. In addition, the SK Wyverns have put Kan Seung-ho on the voluntary retired list.  This means that he is unable to play in the KBO without the club’s permission.  Thus, according to baseball betting sites, he will have to wait at least 1 year before he can play again.

Kang Seung-ho’s Drunk Driving Incident and the Cover Up 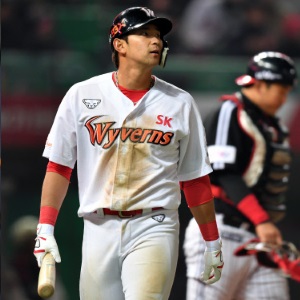 According to sports news networks, Kang Seung-ho was drinking around 2:30am on March 22, 2019.  Furthermore, he was caught by the police near Gwangmyeong IC, Gwangmyeong-si, Gyeonggi-do as he was taking a break from driving.

Thos who bet on the SK Wyverns are familiar with Kan Seung-ho. This is because he was recently in the news for receiving a demotion to the second-tier Futures League.