Tonight, we take a look at an NBA Western Conference matchup with two teams in desperate need of a win. For this game, the Sacramento Kings are visiting the Los Angeles Lakes to play at the Crypto.com Arena. However, will the Kings be able to defeat the Lakers on enemy territory?  Let’s find out with our Kings vs Lakers Betting Pick and analysis from our basketball betting experts.

According to sports betting sites and the public perception, the Lakers do not have what it takes to win. This is because the opening sports betting odds had the Lakers at +1 but quickly became +4.5. However, is this really the case?

Kings vs Lakers Betting Prediction and Analysis for 11/11/2022 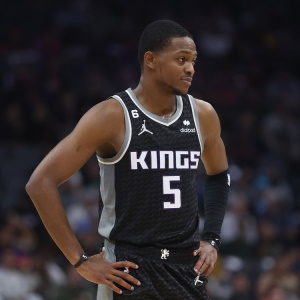 Even though this game is bit more difficult to predict than other games, it is well worth it. This is because it is not often gamblers get to see the Kings as the favorite team against the Lakers. In most cases, Los Angeles would be the team to bet on but they have been struggling this season.

For starters, they have been battling several injuries with LeBron James being the latest victim.  He is currently struggling with a leg muscle strain that took place during their 114-101 Wednesday loss against the Clippers. According to the latest sports news, he will not be playing tonight. Furthermore, he could get 8 consecutive days of rest if he sits out both games this weekend

Despite not having their key player, the Lakers are looking to break their 4-game losing streak. Thus far this season the Lakers have two wins against the spread. Furthermore, they are 2-9 and last in the Pacific Division, six games behind the first-place Phoenix Suns.

On the other hand, the Sacramento Kings are looking to get their second consecutive victory. The Kings rank third in the Pacific Division and are 3.5 games behind the first-place Phoenix Suns. Last Wednesday, the Kings won 127-120 against the Cleveland Cavaliers.

De’Aaron Fox is leading Sacramento in scoring with an average of 26.5 points per game. In addition, Domantas Sabonis is the leading rebounder and the leader in assists. He averages 11.0 rebounds and 6.1 assists per game. Furthermore, Kevin Huerter is the second leading scorer with an average of 16.9 points per game and one of five players for Sacramento averaging double-figures in scoring. The Kings shoot 47.2% overall and 36.2% from 3-point territory.

Unfortunately, it is too late to bet on the early -1 point spread on this game. Therefore, the next best bet for higher profit is on the over/under. For tonight’s game, we predict the Sacramento Kings will win with a final score of 115-111.