The Oakland A’s will play their second AL wild-card game in a row as they play host Tampa Bay in Oakland Coliseum. Oakland tries to rewrite history and win the Rays vs Athletics wild card game.

Right-hander Charlie Morton will start for the Rays. MLB betting experts agree that the Athletics will have a hard time hitting against the All-Star pitcher. On the other hand, the A’s tapped left-hander Sean Manaea to start on the mound. 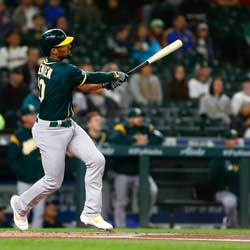 The winner of the Rays vs Athletics game will face Houston in the AL Divisional Series on Friday. Manaea remains unbeaten after his return from a 12-month absence following a torn labrum surgery. In fact, he won both home starts.

However, Manaea doesn’t have any postseason experience. He faced Tampa Bay three times in his career with a record of 1-1. His most recent game against the Rays was his weakest when the opposing team got five hits and four runs in just five innings.

It is the second time Mike Friers was bypassed as the starting pitcher in a wild card game for Oakland. Last season, the coaching staff picked Liam Hendricks as the starter. Manaea was not an option due to his injury at that time.

On the other hand, Kevin Cash has a much easier choice. Morton is the top pitcher for the team and has postseason experience. Also, he dominated Oakland this season. In fact, he only allowed one run by the Athletics this season.

Both teams finished the season with a strong performance. Oakland went 18-6 before losing to Seattle in their last game. Tampa Bay had a 20-6 record before losing its last two matches. Betting odds are with the Rays to win the wild-card game.

Out of the seven games between the two teams, five went under with an average score of 8. That’s why our betting pick for the game is UNDER.

Bet on the AL Wild-Card game with VOBET, the best sportsbook in the world!