It was the first event after the resumption of the PGA Tour. Im shot three-under-par in the last round. As a result, his four-round total was 11-under par at the Colonial County Club. Three other golfers finished in tenth place, including Number 4 Justin Thomas.

Im was the rookie of the year in 2019. He started his top-ten streak on March 1 at the Honda Classic. The next week, he finished third at the Arnold Palmer Invitational. However, the coronavirus pandemic halted the PGA Tour events. 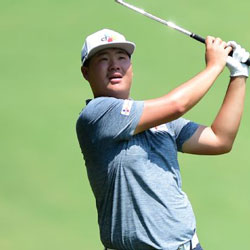 Im’s performance at the Charles Schwab Challenge was his sixth top-ten finish of the season. As a result, he leads the PGA Tour along with Justin Thomas and World Number 1 Rory McIlroy. Also, Im maintained his lead at the FedEx Cup standings.

The top 125 golfers at the end of the season will qualify for the three-tournament FedEx Cup playoffs. The three tournaments have a progressive cut. That means only 70 golfers will be eligible for the BMW Championship, and the top 30 will enter the Tour Championship, according to betting picks sources.

Last year, im was the only rookie to qualify for the Tour Championship. Later, his fellow golfers voted him as the Rookie of the Year based on sports betting odds sites.

The Charles Schwab Challenge was the first PGA Tour event in three months. However, no fans were witnessing the event live. Also, the PGA Tour practiced strict measures to ensure the safety of the golfers and staff members.

The PGA canceled the Players Championship after the first round on March 12 due to the coronavirus outbreak.