The South Korea Men Basketball Team is Heading to the Olympic Qualifying Tournament after moving up in the world rankings. This is because the Korean basketball team went up two spots and now rank No. 30 in the world. For South Korea, this their last chance to make it to the 2020 Olympics in Tokyo, Japan.

According to pay per head sportsbook news, the latest world basketball ranking update was made yesterday. Thus, Korean basketball betting fans were happy about it and will be cheering for them in the Olympic Qualifying tournament. However, The Korean Men’s basketball team still has a log way to go before they can qualify for the 2020 Olympics.

Qualifying for the 2020 Olympics 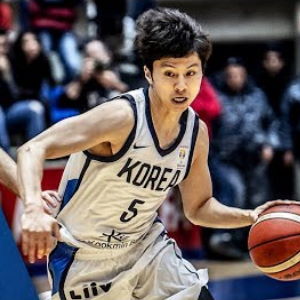 Out of those 24 teams, only the winner of each competition will make it to the 2020 Tokyo Olympics. Furthermore, this will be tough for South Korea.  This is because not counting the countries that already have an Olympic spot, these teams are the best.

According to basketball betting odds websites, South Korea does have a decent chance in obtaining a qualifying spot. This is because they rank 5 in the Asia and Oceania division after Australia, Iran, New Zealand and China.

However, Australia and Iran already have a spot in the 2020 Olympics. Thus, this means that South Korea will not have to face them in the qualifying tournament. According to sports betting websites, this leaves South Korea and Chin as the top two teams in the group.

At the moment, the location and schedule for the four qualifying tournament is not yet available.

Bet on Basketball with VOBET, the best online sportsbook in the world!