Blue Jays’ Ryu Hyun-jin is Cy Young nominee for the second year in a row. However, it will be for the American League this time. It is according to the Baseball Writers’ Association of America announcement.

They will announce the winner on November 11. The baseball writers have completed the voting process after the completion of the season. Based on sports betting sources, Ryu is one of the top three voter-getters. He was the fourth-best ERA in the AL with 2.69.

He was nominated last year when he was part of the LA Dodgers. Although Jacob deGrom won the award, it was a significant milestone for Ryu. He was the first South Korean to be considered for the yearly pitching award. 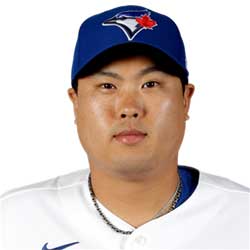 Ryu signed a contract with Toronto Blue Jays as a free agent in December. According to betting odds sources, the deal was for four years and worth $80 million. It was the richest contract for a Blue Jays pitcher in the franchise’s history.

In the shortened MLB regular season, Ryu earned what the Blue Jays paid for his services. He led Toronto’s rotation when the team needed it the most. Although Ryu had a shaky start, he finished the regular season with a 5-2 record in twelve starts. The Blue Jays ace also had 72 strikeouts in 67 innings. His strikeouts per nine innings were 9.7.

According to Korean sports betting sites, Toronto qualified for the playoffs since 2016. However, they lost to Tampa Bay during the American League Wild Card Series. They failed to be eligible for the next stage. Also, the Rays eventually become the AL champions.

Aside from Ryu, the other two AL Cy Young nominees are Cleveland Indians’ Shane Bieber and Minnesota Twins’ Kenta Maeda. The latter used to be Ryu’s teammate in Los Angeles.