Finally, the 2021-22 NFL football season is here with fans and gamblers ready to get into the action! Next Sunday, we get to see two teams that have not made the playoffs in quite a few seasons. However, it does not mean that the game will be uneventful. Let’s take a look at Our Giants vs Broncos Betting Pick to see how you can profit from this game.

Despite being the beginning of the season, sports betting websites have the Broncos at -143 with a -2.5 point spread. Despite being the favorite, Denver will be at a disadvantage playing on the road at that the MetLife Stadium. However, will this game go like the NFL betting experts are predicting or will Giants turn things around? Let’s find out! 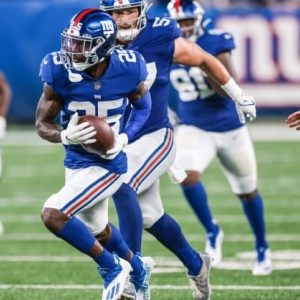 Both teams boast a strong defense which is why the sports betting odds have a low point spread. In addition, this NFL season will be longer with 17 games per team instead of 16. Therefore, with a tougher season, teams need to start off strong in order to make the playoffs.

According to Korean sports news, the Broncos will have Teddy Bridgewater as their starting quarterback. During the NFL preseason, he won the QB battle against Drew Lock to lock in the QB position. In addition, the Broncos offense will have Melvin Gordon III as the starting running back. With Courtland Sutton, Jerry Jeudy and KJ Hamler as wide receivers, they intend to have a physical offensive lineup. This will setup a running game that will give Bridgewater more time to pass.

In terms of defense, the Broncos are a 3-4 with nose tackle Mike Purcell and defensive ends Harris and Jones. Furthermore, they have linebacker Von Miller who is one of the best defensive players in the NFL. Overall, with Fuller and Darby as cornerback, they have excellent coverage.

On the other hand, we have the New York Giants who have Daniel Jones as their leading quarterback. To better protect him, the Giants made the acquisition of Billy Price as an offensive lineman. Furthermore, running back Barkley is back to full health and will have Golladay, Slayton and Sheperd as wide receivers. Needless to say, this presents a formidable number of options for aerial attacks.

The defense of the Giants is led by Auston Johnson with Lawrence and Williams at his side. Furthermore, they have Lorenzo Carter, Blake Martinez and Tae Crowder giving the Giants a solid defense.

Historically, the Broncos is one of the NFL’s best team when it comes to early-season matchup. However, it is mostly when they play at home and they have an unproven quarterback. The Giants defensive line is fairly strong and should be able to keep them the Broncs under 20 points.

Betting on the UNDER is a good choice but the spread is more attractive. Our football betting prediction for this game is that the New York Giants will win and cover ATS 21-17.