Kang Jung-ho is facing criticisms over his previous drunk driving cases. Thus, the ex-MLB player abandons KBO comeback bid. He posted on his Instagram that he already informed Kiwoom Heroes that he would not try to rejoin the team.

Kang tried to return to the Heroes after the Pittsburgh Pirates released him last August. Kiwoom Heroes was the last team he played in the KBO before going to the MLB. However, the public criticized him over his drunk driving incidents. The last one resulted in a suspended jail term.

Last Tuesday, Kang held a press conference where he apologized for his misdoings. However, critics questioned his sincerity and the timing of his apology. The critics claimed Kang was only trying to extend his pro career. Also, the apology was three years late. 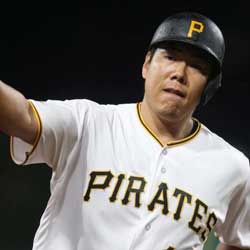 The Kiwoom Heroes retained the rights to Kang after he left for the MLB. If Kang signed with the Heroes, he had to serve a one-year suspension given by the KBO last month. The KBO usually gives out a three-year suspension for drunk driving. However, the league implemented the rule after Kang’s arrest. As a result, the KBO decided to use its old rules in his case.

Nobody knew about his first two arrests until the third one. Based on sports and gambling directory reports, he doesn’t need to serve the suspension if Kang doesn’t play in the KBO again. However, he can still play in other leagues if he wants to or if he can find a team that wants him.

According to online sports betting sources, Kang announced his KBO comeback bid in April. He asked the Kiwoom Heroes to remove him from the voluntarily retired list after the KBO suspended him. However, his attempt to return to the KBO only lasted for a month.

Based on internet gambling news, he had trouble getting a work visa after he was arrested for drunk driving. He missed the whole 2017 MLB season. He got to play again for the Pirates during the World Series in 2018. The Pirates gave him a one-year deal in 2019 before the Pirates released him on August 4.