For the second time this season, the Sacramento Kings and the Charlotte Hornets are going head-to-head. In their first match on November 5, the Kings won against the Hornets in a 140-110 victory. Will this time be any different or are the Hornets out for revenge?  Find out with our Kings vs Hornets Betting Pick will give you the statistics and the best betting odds of winning this bet!

Kings vs Hornets Betting Prediction and Analysis for 12/10/2021 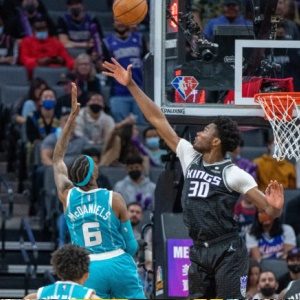 At the moment, basketball betting experts have Sacramento as the favorite at -1.5. Last season, the went against each other twice and each won 1 game as the visiting team. Overall, the Hornets have won more matches against the Kings, winning 35 of 63 games.

Sacramento currently has a 11-14 record and are last in the NBA Pacific division. In fact, they are 10 games behind the first-place team, the Golden State Warriors. Last Wednesday, the Kings won against the Magic in a 142-130 victory.

Their lead scorer was De’Aaron Fox with 33 points. In total De’Aaron leads Sacramento in scoring and assists averaging 20.3 points and 5.5 assists per game. During the matchup against Orlando, there was little defense going and it was all offence.

On the other hand, the Charlotte Hornets are third in the NBA Southeast division ranking. 76ers fans who bet on basketball are quick to point out how they lost to 110-106 to Philadelphia last Wednesday. During the game, Gordon Hayward was the leading scorer for Charlotte with 31 points, 5 rebounds and 7 assists.

Many gamblers do not have a lot of confidence in Charlotte they are missing their starting backcourt. Plus, they are also missing 4 players due to health and safety protocol. While they have lost their last 5 of 6 matches, they are still competing fairly well on the court. This is because they still have 5 active players that average in the double figures.

The Hornets will be playing without a full roster and we expect them to lose. However, the bet to make is on the over since the over has won in the last 5 games of 7 between the Kings and the Hornets. We predict the Kings will win with a final score of 117-113.