South Korea hopes to host Olympic football qualifier as scheduled. The South Korean women’s football team will face China in February. However, there are concerns that it will be postponed due to the coronavirus pandemic.

The Korea Football Association hopes that the health authorities would allow participating athletes from both sides to be exempted from the required two-week quarantine when arriving in the country. 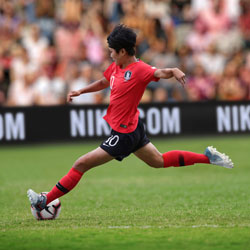 According to a sports forum, national health authorities and the sports ministry discuss the possibility of exempting the players. Colin Bell is the coach of the South Korean women’s squad. They have been training since January 18. He said that he wasn’t concerned about the possibility of the match moving to a neutral location due to travel restrictions in both countries.

Bell said that his team would show up no matter where they will play the game as per sports betting sources. The coach called 26 players to the training camp. Two national team members based in England will join the squad for the qualifiers. They are Cho So-hyun of the West Ham United FC Women and Ji So-yun of Chelsea FC Women.

Soccer and baseball betting experts said that South Korea would need overseas-based players to win against China. The KFA hopes the authorities will exempt them from the quarantine procedure.

The KFA informed the Asian Football Confederation that South Korea is ready to host the first leg on February 19. The organization said that there are no changes to the schedule.