Barca Coach Setien Will Not Resign after Messi’s Outburst

Barcelona coach Quique Setien will not resign after the team’s defeat to Osasuna. Lionel Messi described the team as weak and inconsistent. However, Setien didn’t feel criticized by what the football superstar said.

Messi’s post-match interview came after Real Madrid became the La Liga champs for the first time since 2017. He said that the team performed badly since January. Most sports news sources interpreted his comments as an attack against Setien, who replaced Ernesto Valverde at the start of the year. During that time, Barcelona was on top of the standings.

Setien said that reporters and fans interpreted what Messi said severely. Also, he added that Messi’s outburst was due to the player’s frustrations. However, Messi said that if the team didn’t make any changes, then they are more likely to lose against Napoli in the Champions League.

Setien Will Not Resign 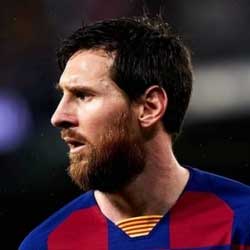 If Barcelona doesn’t win the Champions League, it will be the first time the club would be trophy-less since the 2007-2008 season. Based on football betting odds reports, Setien said that there are things they agreed on and some things they don’t. He agreed that if they played as bad as they did in some games, then the team wouldn’t win anything.

According to football betting sources, the draw against Celta Vigo in June strained the players’ relationship with Setien. The coach admitted that it was hard to control a team that was successful before he joined them.

For the last 15 years, some players have been winning. Thus, the management of those players was different compared to other teams. Barca president Josep Maria Bartomeu knew about the dissatisfaction of the players. However, he doesn’t want to decide despite the growing pressure on Setien.

The loss against Osasuna broke a 42-game undefeated streak at Camp Nou. As a result, it led to a meeting between Setien and Bartomeu.