Rivals South Korea and Japan will meet in a football-friendly match on Thursday, March 25. A day before the game, Kim Young-gwon said they need to keep an eye on Japanese precision passing.

The football-friendly fixture will take place at the Nissan Stadium. The two teams last met on the field in December 2019. Also, it is the rivals’ 80th game against each other. According to sports news coverage reports, Kim said that he learned how to deal with Japanese-style playing. He is particularly familiar with their offense since he is playing in the J1 League.

Kim is a member of the Gamba Osaka in the J12 League since 2019. He is happy to play for South Korea at the Nissan stadium, which he is familiar with. Also, he is looking forward to facing some J1 League opponents on the international stage. 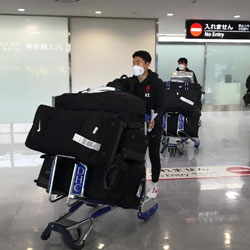 According to sports betting sources, Takumi Minamino is a player to look out for during the friendly match. Minamino players for Southampton. Although he is a midfielder, he could attack as well. He scored 12 out of 26 games for Japan.

South Koreans are hyped up for the game on Thursday. Although it is only a friendly fixture, they want to play with determination and drive. Also, it would take the team’s entire effort to win against Japan.

As per online sports betting reports, South Korea is missing several key players. Son Heung-min is not in the lineup due to a hamstring injury. Other Europe-based players will the friendly match because their teams didn’t allow them due to coronavirus protocols. They are Hwang Hee-chan of Leipzig and Hwang Ui-jo of Bordeaux.

Kim Junsu and Hwang In-beom didn’t make it into the lineup because of injuries. Local-based players are also out due to injuries. They are Um Won-sang and Yoon Bitgaram.