Wolverhampton Wanderers are filing a formal complaint to the UEFA after Hwang Hee-chan suffered racist abuse from Farense fans. The Wolves announced the filing of the complaint without naming the player involved.

According to the Wolves’ statement, they were disappointed about the discriminatory abuse from the Farense fans. Also, they asked SC Farense and the authorities to investigate the incident. Additionally, they are offering their full support to the player.

During the game, Hwang scored the goal that led to the 1-1 draw. However, he told the referee and his team officials about a racist gesture Farense fans made after he scored the penalty kick. According to football betting sources, it was not the first time Hwang faced racist abuse. Last year, Manchester United fans sang an offensive chant directed at him. 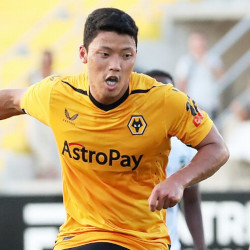 During that incident, then-Manchester United star Park Ji-sung called out his fans. Also, he condemned them for using a chant that targeted younger Korean players.

Most people who bet on football think that Liga Portugal has struggled to crack down on racism in recent years. The Portuguese national team usually takes the knee before games as a gesture against racism. Also, Portuguese fans ranked the highest for supporting the gesture. However, racism continued to be an issue during league games.

One of the most infamous racist incidents involving Portuguese fans was when they targeted Moussa Marega. In 2020, he played for Porto when he walked out of a match against Vitoria Guimaraes due to racist abuse from fans.

In other football news, Korea wants to host 2023 AFC Asian Cup. It came after China withdrew from being the host of the tournament.