Many sports fans expected South Korea vs Iraq World Cup qualifier to be a close match. People who bet on sports didn’t expect the score to be 3-0 in favor of the Taeguk Warriors.

South Korea defeated UAE and Iraq using the same roster. However, the victories came in different fashions. Nevertheless, it proved that the South Korean National Football Team could use various tactics to win games.

Three players scored in the game against Iraq. Also, it was the team’s fourth victory in six matches. According to Korea sports news reports, South Korea scored a single goal against UAE at home. However, it was an exciting match because the home team struck the crossbar three times. In addition, they had 22 shots and applied extreme pressure in the attacking zone throughout the game. 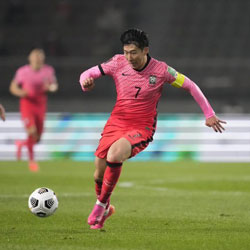 In the game against Iraq, South Korea was more methodical. The Taeguk Warriors passed the ball around to get the Iraqis to move out of their positions. Also, they were patient throughout the match. As a result, the players conserved their energy.

It was a wise choice of strategy because they had to travel to Qatar over the weekend. As a result, the same squad who played aggressively against UAE can’t have the same energy going against Iraq.

According to betting odds experts, South Korean patience paid off in the 33rd minute with Lee Jae-sung’s goal. He rebounded Kim Jin-su’s missed shot. Also, the goal was redemption for Lee, who turned over the ball that led to Iran’s equalizer last month.

Lee’s life flashed before his eyes when he turned the ball over in the 13th minute inside the box. He gave a sigh of relief after Ibrahim Bayesh missed the shot. Also, it was Lee’s first goal for the nation since March 2019.