Kim Min-jae arrived in Italy to undergo a medical with Napoli. Also, he is expected to sign with the Serie A team after he clears standard medical checks. The Italian side is expected to pay around $20 million to the Turkish team Fenerbahce for the Korean center-back.

Kim’s arrival in Italy ended his long transfer process. Aside from Napoli, several teams, including the French team Rennes, were interested in his services. Also, Kim was the subject of several trade rumors.

However, there were concerns that his ankle injury could take him off the transfer market. However, his form returned to a hundred percent and was part of Fenerbahce friendlies in the past couple of weeks. 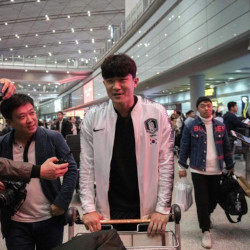 Kim is known as The Monster for his excellent defense. He joined Fenerbahce in August 2021. Before he joined the Turkish squad, there were talks about going to Juventus, Tottenham, and FC Porto.

Kim is a great defender who provides a formidable presence at the back. Also, he has proven himself to be at par with the top physical players worldwide. He gained much attention after his performance during the 2017 World Cup qualifier matches.

According to Korean sports betting sources, Kim will immediately be part of Napoli’s starting roster. He will replace Kalidou Koulibaly, who moved to Chelsea.

You can expect free sports betting odds experts to pay more attention to Kim’s upcoming games. For example, they might adjust Napoli’s lines depending on Kim’s performance.