Korean golfer KJ Choi was named as a Presidents Cup assistant captain. It is his third time being part of the leadership of the International Team. Also the other assistant captains are Mike Weir of Canada, Geoff Ogilvy of Australia, and Camilo Villegas of Colombia. The captain will be Trevor Immelman.

Choi said it is a privilege and an honor for him to be the captain’s assistant of the International Team. Also, he told iGaming Korea news outlets that he is familiar with Immelman’s thoughts and dedication. As a result, it would be easy to work with each other to help the team win the tournament. 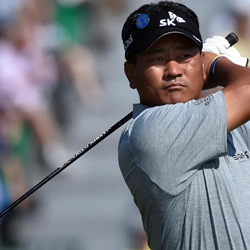 Choi used to individually own the most titles won by an Asian golf player on the PGA Tour at eight championships. However, Hideki Matsuyama tied the record after winning the Sony Open in January.

Choi turned into the best golf player in Asia in 2011 when he came out on top for his eighth championship at The Players Championship at TPC Sawgrass as a season finisher against David Toms of the United States. That accomplishment represented over ten years.

International Team commander Immelman picked Choi as an associate because of his experience in the job. Online sports betting experts are happy with the pick.

According to betting odds, the Internationals are the underdogs at +380. Team USA is the favorite at -330.