This Sunday the Chicago Bears are traveling to Lambeau Field to take on the Green Bay Packers. In this NFL Week 2 matchup, football betting fans get to enjoy an NFC North showdown. However, which team will reign supreme? Find out with our Bears vs Packers Betting Pick and prediction from our expert handicappers.

While it is still early in the season, the sports betting websites have Packers as a strong favorite at -9.5. One of the obvious reasons is because they will have the home advantage. However, some sports news sites are questioning these betting odds.

Are the oddsmakers right?  Let’s find out! 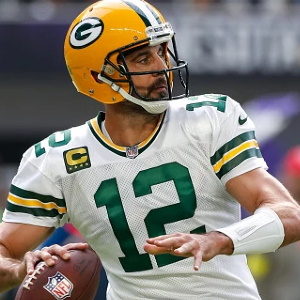 During last week’s game against the Minnesota Vikings, the Packers had an awful performance losing 7-23. This 16-point loss was definitively a blow to their ego as they were a 2-point road favorite for that matchup. However, during the entire game the Packers’ offense was struggling against the Vikings’ two-deep safety coverage.

In fact, last week was one of their worst games in a long time in terms of offense. This is because despite totaling 338 years, they were unable to score in 3 of 4 quarters. Furthermore, the Aaron Rogers was also having difficulties completing only 22 of 34 passes for 195 yards and no touchdowns.

Despite this last matchup, the Green Bay Packers are definitively a superior team with a lot of talent. In addition, they know the Bears very well and won both games against them last season.

On the other hand, we have the Chicago Bears who are currently 1-0 after pulling an upset against the 49ers. Despite the sports betting odds being against them, the Bears won at with a final score of 19-10. While Chicago did have a slow start in the game against the 49ers, in the end they won. Furthermore, twelve of those points took place in the fourth quarter to pick up the victory

However, will they be able to repeat another upset when they go against the Packers? The main issue is whether Chicago can penetrate the Packers’ defense.

In this matchup, the Packers will have the home advantage and have a strong history against Chicago. That in itself is worth a few points on the scoreboard. However, Chicago has shown that their defense can be scary when they are against the wall.