The Cleveland Indians’ hopes of getting the AL Central title will end if they lose the final match of the three-game series against the Chicago White Sox on Thursday night. Here is our baseball betting pick for the Indians vs White Sox game.

Although the Indians won 11-0 in the first game of the series, they lost in the second game 8-3. In fact, they gave up three runs in the first inning alone. As a result, Cleveland is 1 1/2 games behind Tampa Bay for the second wild card in the American League. 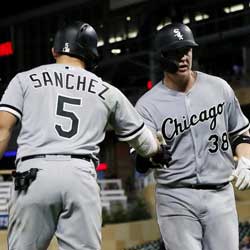 In the second game of the series, Cleveland’s top five batters went 0-for-20 with eight strikeouts. Jose Ramirez had a home run for the third time in two games after coming back from a hand injury. Franmil Reyes got three hits.

It was only the second loss for Cleveland in nine games. Aaron Civale will start for the Indians. On the other hand, Dylan Cease will take the mound for the White Sox. Both starting pitchers are right-handers.

White Sox’s Tim Anderson had four hits and improved his batting average to .339. It is the best in MLB this season. Also, he had at least a hit for 12 games in a row, going for 22 out of 55 in that period.

In addition, Jose Abreu had three hits and added to his AL-best RBI total of 122. White Sox won the season series with the last win, 10-8. Also, they moved within one of achieving 70 wins for the first time in the last three years, according to baseball betting sites.

Baseball betting odds will be in favor of the Indians. Cleveland will try to win the rubber match of the series. With Jose Ramirez hitting a grand slam with his first at-bat after his month-long injury, expect him to do more damage in the upcoming game.

Bet on the MLB with VOBET, the best sportsbook in the world!