The Falcons becomes the first NFL team to have two preseason games. In fact, the Falcons vs Dolphins game will kick off the true Week 1 of the preseason. Last week, Atlanta was the underdogs during the Hall of Fame Game against Denver. They lost 14-10.

The Broncos scored the game-winning touchdown with 1:26 left in the game. Matt Ryan stayed in the bench the entire game. Instead, they let Kurt Benkert have the quarterbacking duties for the game. He completed 19 out of 34 passes for 185 yards. Also, he got a touchdown. 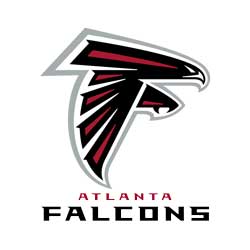 Miami Dolphins has a new coach in Brian Flores. His mission is to lead the team to a winning season. Also, the team hopes to win a game during the postseason. Josh Rosen will probably be the starting quarterback, with Jack Rudock and Ryan Fitzpatrick waiting on the bench for their turns.

The Falcons vs Dolphins is a good time to bet NFL. Miami wants to prove to the league that they have a working plan for the future of the franchise. However, they still don’t have the strength to go against the Patriots.

On the other side, football betting analysts love Atlanta’s roster. They will do good this season as long as they remain healthy and consistent.

However, the consensus among NFL betting prediction sites is that you should not bet on the Falcons during exhibition games. Under Dan Quinn, the team is 5-12 and 4-13 ATS. In fact, the team lost nine exhibition games in a row.

Although Atlanta has a good roster, the smart money is to bet on the Dolphins at home. Coach Quinn will be conservative during Week 1 of the NFL preseason, and you will not see his stars on the field anytime soon.

Bet on the NFL with VOBET, the best sportsbook in the world.