For this sports betting pick, we look at 2 teams that barely won their game during NFL week 11. We are talking about the Cleveland Brown who are travelling to M&T Bank Stadium to take on the Baltimore Ravens. For our Ravens vs Browns Betting Pick we will analyze the matchup and which team will reign supreme!

According to football betting experts, this will be a close game with the Baltimore Ravens as a -3.5 point favorite. Many NFL fans are looking forward to this game as the outcome will have a lot of playoff implications. Furthermore, both teams have a lot of injuries on each side making it a challenging game to predict. 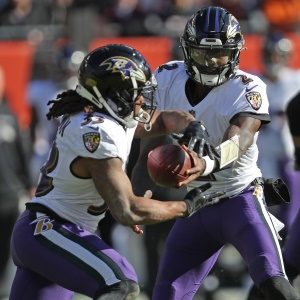 The Cleveland Browns are playing after a 13-10 victory over the winless Detroit Lions. Even though it was a victory, the Browns did not perform well with 2 interceptions. To add to it, the barely won against a team that did not have their starting quarterback. If the Browns want to win against the Ravens this week, they will have to drastically improve their offense.

According to betting odds, the Browns have a 6-5 record and rank last in the AFC North. In terms of sports betting, Cleveland is 5-6 against the spread and 6-5 on the over/under. Looking at these numbers, there is nothing definitive that can help predict the game.

One thing that is for sure is that the Browns are in a tough position. This is because QB Baker Mayfield, is not in good shape and seems to be undergoing a lot of frustration. In his last game made 176 yards in passes with one touchdown and two interceptions.

In order to have a chance at the playoffs, the Browns need to win their next two games. However, it will be difficult since the Ravens are playing well this season and will be playing the home crowd.

Then, we have the Baltimore Ravens who lead the AFC North with a 7-3 record. Like the Browns, the Ravens are playing after a 16-13 victory against the Chicago Bears last Sunday. During that matchup, Baltimore had 299 yards in total offense and lost 353 to the Bear’s offense.

The Ravens will be playing with their starting quarterback, Lamar Jackson who was out last Sunday due to an injury. According to sports news statistics, the Ravens are 4-6 against the spread thus season and 5-5 on the over/under.

Betting on the over 47 for this game is a solid wager. However, the Ravens will have the home advantage and with Jackson on the field, they can easily cover the spread.