KT Wiz is on top of the Korea Baseball Organization standing as the season nears the halfway mark. However, the team sees some room for improvement. They rely on the new outfielder Jared Hoying to help the team in the second half of the season.

According to sports betting Korea reports, it is the second time Hoying is playing in South Korea. KT Wiz signed the outfielder over the weekend with a deal that’s worth $400,000 for the rest of the current season.

Hoying replaced Zoilo Almonte, who had seven homers and 36 RBIs in sixty games. However, he suffered an Achilles tendon injury that sidelined him starting last week. It was Almonte’s first year in the KBO. 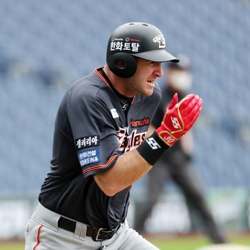 According to sports betting odds professionals, KT Wiz is on top of the KBO with a 40-27 record. They replaced a player known for his lack of hustle with someone famous for playing hard all the time.

Hoying played two and a half seasons with the Hanwha Eagles. According to Korean sports betting reports, he had 30 homers, 110 RBIs, and 23 stolen bases in 142 games with the Eagles. Also, he helped Hanwha reach the postseason for the first time in eleven seasons in 2018. Eagles fans loved his hustle on the field.

Earlier this month, South Korean baseball fans were happy that the Toronto Blue Jays called up Hoying from the minors. He briefly played with Ryu Hyun-jin.

In 2016 and 2017, Hoying played 74 games for the Texas Rangers. Then he spent two and a half years in the KBO. The Blue Jays signed him with a minor league contract in May and brought him up to the majors after Teoscar Hernandez went on paternity leave.