South Korea manages a Draw against Georgia in a Friendly Match

South Korea manages a Draw against Georgia in a Friendly Match that took place yesterday.  However, Coach Paulo Bento of the South Korean team was not happy with the team’s performance. This is because despite managing a draw, he said this is the worst performance he has seen from his team.

According to sports betting odds websites, the South Korean team was struggling throughout the entire match. Despite Bento’s famous 3-5-2 formation, Korea had a hard time against an opponent that is 57 spots below them. Thus, it will be a match to remember for online sports betting fans who thought it would be easy money. 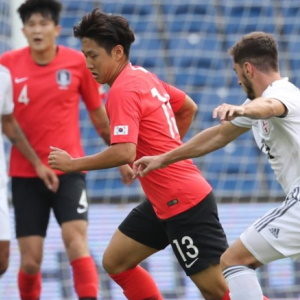 Sports News websites agree that Hwang ui-jo, the Korean National Football team forward is the VIP of the match. This is because Hwang is responsible for both goals that were made during the second half of the game.  Thus, his efforts are what kept South Korea from having a humiliating defeat to a FIFA rank 94 team.

The 27-year-old forward for Bordeaux in the top French association got the equalizer only two minutes into the subsequent half. Furthermore, he made the game saving goal 85 minutes into the game give Korea a 2-1 lead.

Unfortunately, what should have been a victory became a tie.  This is because the Korean defense were unable to stop the Georgian offense during the last minute of the match.

Coach Bento made his displeasure known to his team and the public.  However, he is still strongly in favor of his 3-5-2 formation because Korea has not lost once with that formation.

He said that “We weren’t steady when we had the possession, and we made too many bad passes”.  Bento also said that this was the worst performance the team has made since he became the head coach.

South Korea will be playing Turkmenistan for a World Cup Qualifying match next Tuesday.

Bet on football with VOBET, the best football sportsbook in the world!