Five former Major Leaguers will lead the Korea Baseball Organization team that will go against a squad from Major League Baseball. The exhibition games will take place in Busan and Seoul next month.

According to sports news reports, the KBO named Lee Dae-ho, Kim Kwang-hyun, Kim Hyun-soo, Yang Hyeon-jong, and Oh Seung-hwan to be part of the KBO team. As a result, they have the chance to play against their former colleagues in the MLB.

People who bet on sports are hyped about the exhibition games. On November 11 and 12, Team KBO will have players from the Lotte Giants, Samsung Lions, and NC Dinos. Also, the venue will be the Sajik Baseball Stadium. 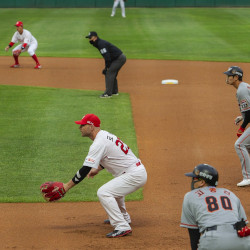 On November 14 and 15, Team KBO will have players from all ten teams. It will take place at the Gocheok Sky Dome. Also, Korean sports betting sources expect the team to have players representing the nation during the 2023 World Baseball Classic.

Lee Dae-ho, a legend with the Lotte Giants who supposedly retired from baseball last week, is coming out of retirement to play for Team KBO in Busan, where he spent most of his 17-year career.
Lee also had a very successful career in Japan, where he played for four years, and in Major League Baseball, where he played for one year with the Seattle Mariners.

The closer for the Lions, Oh Seung-hwan, played for the St. Louis Cardinals, Colorado Rockies, and Toronto Blue Jays before joining Team KBO with Lee.

The team has added several more notable players, along with baseball stars like NC Dinos pitcher Yang Eui-ji and Samsung catcher Kang Min-ho. Oh Jae-il of the Lions and Koo Chang-mo, a pitcher for the team. Team Korea will have a vast LG Twins contingent of eight players; four players each from the KT Wiz and Kia Tigers; and three from the pennant-winning SSG Landers. Each club sends 1-2 players to round up the roster.