The Korean women’s soccer team will go to England to join the 2023 Arnold Clark Cup. The English Football Association hosts the invitational tournament. Also, other teams invited to the event are Belgium, Italy, and England.

According to sports news reports, the four-team tournament will be the warm-up for the Australia-New Zealand World Cup in 2023. Also, the four teams showed strong performances in recent months. England won the Euros, and Belgium reached the quarterfinals of the same tournament. In addition, Korea was runner-up in the Asian Cup. However, Italy has had a quiet year so far.

Online sports betting sources indicate England is fourth on the FIFA rankings. Italy is 14th, Korea 17th, and Belgium 20th. It is the second time the FA has hosted the Arnold Clark Cup. Also, they named it after car retailer Arnold Clark, the tournament sponsor. 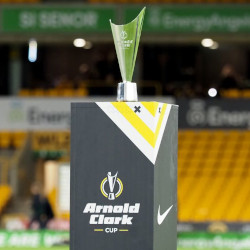 According to betting odds experts, the first Arnold Clark Cup featured England, Germany, Spain, and Canada. England won the tournament this year after edging Spain on a goal difference.

At the 2023 World Cup, Korea was placed in Group H with the top-ranked teams in the world—No. 3 Germany, No. 76 Morocco, and No. 27 Colombia. While Germany is a difficult opponent to equal, Korea is the second-highest-ranked nation in Group H.

No. 76 Next year, Morocco will participate in the Women’s World Cup for the first time, making history as the first Arab country to do so.

Korea’s opening group stage encounter against No. 27 Colombia on July 25 may effectively determine who gets to remain and who is sent home, with Germany predicted to progress and Morocco anticipated to struggle.