KBO’s Kiwoom Heroes signs Will Craig. The former major leaguer will earn $371,000 for the rest of the season. Also, he replaced David Freitas, who the Heroes released on June 23.

The Pittsburgh Pirates drafted Craig in the first round of the 2016 MLB draft. He played twenty games in the Major League in the last two years. Also, that included eighteen games in 2021. He batted /203/.261/281 in his MLB career, including three RBIs and a homer. 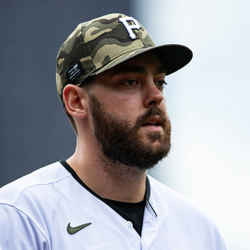 The Kiwoom Heroes are expecting Craig to produce runs. Also, the team wants the former major leaguer to improve his on-base skills in the South Korean league. Craig will head to South Korea as soon as he receives his work permit. However, according to people who bet on baseball, he still needs to serve a 14-day quarantine before joining his team.

The KBO suspended the regular season last Monday after two teams reported five COVID-19 cases. As a result, the KBO postponed all games scheduled this week to a later date. The KBO also goes on a break for the Olympics from July 19 to August 9.

Baseball betting system experts expect Craig to join the Kiwoom Heroes without missing any games. However, it depends on how fast he gets his work permit.