The NBA Conference Finals are just beginning but some teams are already up one game over others. If, any team wants a shot at being in the Finals, they cannot let the gap get too large. This Friday, the Mavericks are no exception as they travel to Chase Center to take on the Warriors. Can they beat the odds and win on enemy territory? Let’s find out with our Mavericks vs Warriors Betting Pick and analysis from our professional betting experts.

The Golden State Warriors are currently leading the series against the Mavericks 1-0 after crushing them last Wednesday. According to basketball betting experts, the Maverick defense was not match for the Warriors after losing 112-87. The big question now is whether this will affect tonight’s game.

Mavericks vs Warriors Betting Prediction and Analysis for 05/20/2022 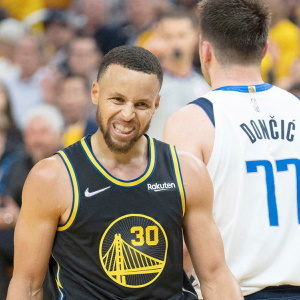 The Golden State Warriors are looking to take a 2-0 lead with the home court advantage. In fact, offshore sports toto websites are agreeing with that outlook by giving them a -6 pointspread. After having won in a blowout the series opener, the Warriors are in good shape.

Stephen Curry was the leading scorer with 21 points and a team-high of 12 rebounds. The second leading scorer for the Warriors was Andrew Wiggins and Jordan Poole with 19 points each. As a team, the Warriors shot 56.1% overall and 34.5% from the three-point line.

According to sports analysts, the Mavericks were unable to keep up with the constant movement from the Warriors’ offense. However, those who bet on basketball know that for game 2, the Mavericks will have a defense for it. The question is whether it will be enough to cover the point spread.

The Dallas Mavericks know they are the underdog and will have a tough time trying to even out the score. After last night’s blowout, the Mavericks have a good idea as to what they need to do to conquer the Warriors.

Luka Doncic had 20 points during last night’s game which is well below his 30.7 points average. In addition, Dallas was held to 36% shooting overall and 22.9% shooting from the 3-point line. Dallas is 1-4 ATS in its last 5 games on the road.

Dallas will not miss as many shots as last night and will respond nicely to the blowout. While they will perform better, the under has been a winner with the Mavericks 5 out of their last 6.

The Warriors had some trouble in the postseason but for the NBA playoffs had an outstanding performance.  Add the home advantage to it and it is a sure win. Therefore, we predict the Golden State Warriors will win with a final score of 107-102. However, for maximum profit, taking the Under us the best bet.