Now that football season is officially over, we bring you some exciting basketball betting action for Friday! This time around, we bring you an NBA Eastern conference showdown with the Boston Celtics taking on the Detroit Pistons. However, do the last place Pistons have a chance against the No. 4 Celtics?  Find out with our Celtics vs Pistons Betting Pick from our sports betting experts.

According to the latest sports betting odds, the Celtics are the obvious favorite team to win at -8.5. Furthermore, the Celtics will have the home advantage as they will be playing at the TD Garden Arena in Boston. However, can the Pistons pull another upset against the Celtics?

Celtics vs Pistons Betting Prediction and Analysis for 02/12/2021 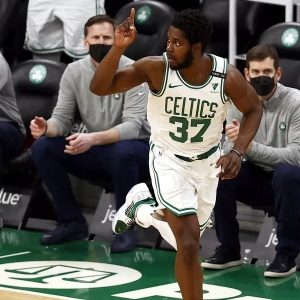 According to online sports betting websites, this will be the second back-to-back game for the Detroit Pistons. In addition, Detroit will be playing the Celtics after losing to the Indiana Pacers 111-95. During that game, the Pistons had 23 misses, 28 three-point attempts and shot 45% overall.

The highest scorer for the Pistons was Josh Jackson with a team high of 18 points and 8 rebounds. Furthermore, Blake Griffin also did a great job with 17 points and 6 assists. The Detroit Pistons currently have a 6-19 record and rank last in the NBA Eastern Conference.

On the other hand, the Boston Celtics rank No. 4 in the league with a 13-11 record. In addition, they have won their last 6 of 9 games at home and also rank 6 in scoring defense.

In their last game, the Celtics won against Toronto in a 120-105. Furthermore, they were dominating the Raptors throughout the entire game.  This is because they had a 10 point lead thru most of the match with a 49-32 margin.

Furthermore, Semi Ojeleye of the Celtics led the team in double figures with 24 points and 6 rebounds. Furthermore, Jayson Tatum also did his part with 17 points and 9 assists.

The Pistons are currently 4-0 ATS in the last 4 games while the Celtics are 7-1 ATS in their last 8 games.

The favorite team to win are the Boston Celtics at -8.5 and the money line at -370.  However, they will be playing without Marcus Smart who is revering from a calf injury. On the other hand, the Pistons rank 25 in the league in offensive deficiency. Furthermore, both teams tend to play rank in the bottom third. Therefore, we say, take the under and the final score will be the Celtics winning 108-99.