After a year in the second division, newly promoted Jeju United remains undefeated in the K League 1. According to online gambling South Korea reports, it is due to the team’s good defense.

Jeju United opened the season with two draws in a row against Seongnam FC and Jeonbuk Hyundai Motors. Last Tuesday, they won against Pohang Steelers, 1-0. It was the team’s first win in the K League 1 since 2019.

They were demoted to the K League 2 after the 2019 season. However, Jeju United won the second division title in 2020 to earn its promotion back to the first division. According to online sports betting sources, the team made it through their suffocating defense. 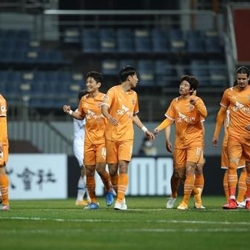 In 2020, Jeju United was second in the K League 2 with 50 goals in 27 games. Also, they gave up the least number of goals with 23. Their constant defensive pressure carried over to the K League 1 this season.

Holding Pohang Steelers scoreless is impressive. Although they lost their top scorers from the previous season, Pohang scored five goals in the first two games this year. However, they failed to score against Jeju.

Jeju’s three attackers are the first line of defense. Oskar Zawada, Lee Kyu-hyuk, and Kong Min-hyun would start pressuring the ball carriers of opposing teams. Then the wingbacks and defensive backs would cover a lot of ground throughout the game.

In the game against Pohang, Chung Woon scored the goal in the 19th minute for Jeju FC. Although some starters were already tired in the latter part of the game, they managed to keep Pohang at bay.

Now is the perfect time to learn how to bet on basketball, soccer, and other sports. As sports schedules are normalizing, players have many wagering options to choose from.