New Eagles hitting coach Johnny Washington will join the team that finished in the last place in 2020. They had a 46-95-3 record in the 2020 Korea Baseball Organization season. Also, they finished last in many categories, including runs, batting average, and home runs.

Many sports betting analysts believe that the only way for Hanwha Eagles to go is up. However, it is a challenge for the team because they lost their productive hitters during a significant roster change.

Washington used to be the San Diego Padres hitting coach. He has an optimistic view of the Eagles in 2021. He said that he loves the opportunity to work with young players and how he will impact them in the long run. 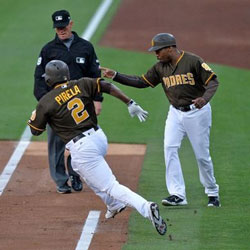 The new hitting coach wants to bring the things he learned during his time with the Padres to South Korea. Also, he wants to see how things would translate against KBO teams. According to sports betting pick reports, the Eagles had 551 runs in 144 games. Also, they had 79 home runs. Other KBO teams reached triple digits in the home run department.

Hanwha had 46 fewer homers than the team above them, Doosan Bears. Despite having a small number of home runs, the Bears was second in runs scored with 816. Washington knows he doesn’t have the roster to earn a lot of runs. However, he will try to be creative with his offense.

The Texas Rangers drafted Washington in the 27th round in 2003. He didn’t have the chance to play in the Major League. However, he worked his way up from rookie ball in the LA Dodgers system to San Diego Padres.