Ever since China began to crack down on gambling and Alvin Chau’s arrest, casinos in Macau have been nervous. This is because Macau said they would be making amendments to their gambling laws which would change the gaming industry. After several months of waiting, the Macau Government Discloses its New Gambling Laws.

For several months, the entire gambling industry has been waiting for Macau to announce their new gaming laws. For online casino operators, this is because they had concerns about the current status quo in Macau. In the end, 3 Major changes were made which includes limiting the number of casino licenses to 6. 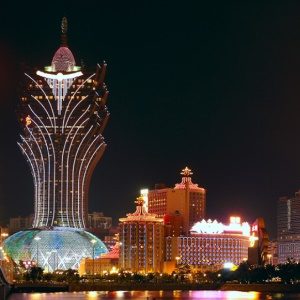 The biggest casinos in Macau are Wynn Macau, Sands China, MGM China, SJM Holdings, Galaxy Entertainment and Melco Resorts. In addition, all 6 casinos will have their gambling licenses expire in June of 2022. Interestingly enough, the new Gambling amendment to Macau’s gaming law will now limit the number of Casino licenses to 6.

According to the government in Macau, all existing or potential operators will need to apply through a new tender process. However, no details were made available about the actual process. Thus, online gambling sites are wondering whether it will be done by bod or current holders can simply renew it.

What is known is that each license can carry a term of 10 years and can receive a three-year extension. During the government briefing, they said that casino operators must increase the amount of capital to MOP$ 5 billion (US$623.67 million) from MOP$ 200 million.

According to online casino forums, these rules are not yet the New Gambling Laws in Macau. This is because it must for go to the local legislature for approval. However, Gaming analysts says it is a done deal as lawmakers rarely vote against any government proposals.

Government officials say the new gambling amendments in Macau are there to improve the supervision for a healthy gaming industry. Overall, gambling operators and investors are happy with the results. IN fact, casino stocks of companies operating in Macau have risen since the announcement.

Play Casino Games at VOBET, the Best Online Casino in the World!