Tonight, we have 12 exciting NBA games for basketball betting fans to enjoy. After looking at all the games, we chose the matchup between the Chicago Bulls and the Phoenix Suns. This is because we are confident that our Suns vs Bulls Betting Pick has the best chance for profit.

In this East meets West conference matchup, the Chicago Bulls are travelling to the Phoenix Suns Area in Phoenix. However, according to sports betting odds, they are not the favorite to win with a +6.5 spread. This will be another back-to-back game on the road which clearly puts them at a disadvantage.

Suns vs Bulls Betting Prediction and Analysis for 03/18/2022 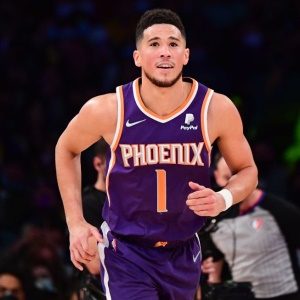 At the moment, the Bulls are struggling as they fell from second to fifth place in the eastern conference ranking. In their last game, they lost to Utah, 125-100 making it their seventh loss in their last 9 games. Those who like to bet on basketball are skeptical about their chances of winning against Phoenix. Especially since this will be their third road game in a row.

Furthermore, the Bulls have been a money loser with a 1-8 record against the spread in their last 9 games. However, the Bulls do have a prolific and efficient offense scoring more than 1.12 points per possession this season.

On the other hand, the Phoenix Suns rank first in the NBA Western Conference with a 56-14 record. In addition, they won their last 7 of 10 games after beating the Rockets 129-112. After winning their last 2 games in a row, they are a shoe-in for a playoff spot.

In terms of confidence, the Suns have won their last 4 games in a row against the Bulls. Furthermore, they have one of the top-offense in the NBA in field-goal percentage, offensive efficiency and 2-point percentage. Add that to ranking second in the NBA for defensive efficiency makes them a tough team to beat.

Chicago has not been able to cover the spread in their last 10 games and are just struggling to win. In their last game against Phoenix, Booker went for 38 points and had five assists to lead Phoenix.

Even though the Bulls are looking for revenge, it will not be an easy task with their current abilities.  We predict the Suns will win with a final score of 115-100.