South Korea will file an appeal with the Court of Arbitration for Sports regarding their Olympic refereeing complaint. In addition, the Korean Sport and Olympic Committee wants to appeal the decisions on their short-track speed skaters.

The two penalties led to the disqualification of the speed skaters in the 1,000 meters race. As a result, Chinese skaters qualified for the finals of the event. The committee already filed the same complaint with the International Skating Union, the International Olympic Committee, and the chief referee of the race.

According to Korea Sports News reports, South Korea expected to win at least one short-track speed skating medal. At present, the country has earned 24 gold medals from the event. Also, the country expected to win its first medal in Beijing Monday night when both the men’s 1,000 meter and women’s 500-meter events took place. 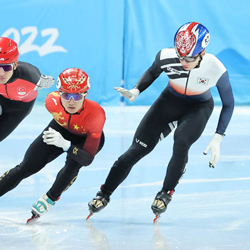 The referees disqualified Lee June-seo and Hwang Dae-heon from their respective races. Lee came in second place. However, officials disqualified him after a video review. They said he changed lanes that caused physical contact with Hungary’s Liu Shaoang.

According to Olympic and football betting sources, Hwang finished first. However, officials disqualified him for late passing that caused physical contact. As a result, the world record holder was out of the finals.

Both refereeing decisions were controversial. A Chinese skater pushed Hwang during the same race. However, the Chinese skater didn’t receive any penalties.

After the disqualification of the two South Korean skaters, it opened spots in the final for two Chinese skaters. Also, according to online sports betting experts, the same thing happened during the mixed relay last Saturday. Both Russia and the US were disqualified in the semifinal. As a result, a Chinese team advanced to the gold medal race.