Tennessee Titans had an 8-8 record last year. That’s why it was not a surprise when they lost to Indianapolis at home. Many NFL fans are wondering which Titans team will show up in the Titans vs Jaguars game.

It seemed like the Titans can’t handle success when it lost its home game against the Colts. On the other hand, the Jaguars played good defense against Houston but failed to convert a two-pointer to win the game. 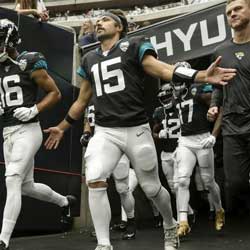 Tennessee Titans opened as a 2.5 points favorites at football betting sites. However, the Titans vs Jaguars line moved slightly to Tennessee -2. The Jaguar’s moneyline opened at +114. In the past 20 games, the Titans are road favorites. They got five straight unders. On the other hand, Jacksonville is 6-2 as the host underdogs of one or two points.

The Titans got a record of 9-7 straight up last season. Also, they had 8-8 against the spread. They are now 1-1 straight up after their disappointing performance last week. Last season, the Jaguars were 5-11 straight up and 5-9-2 ATS.

The Titans defense is one of the best this season, according to football news sites. In two games, they allowed the second-lowest passing yards. Also, they have the sixth-fewest points allowed per game.

Although the Titans are the better team, their run defense is 26th in the league so far. If the Jaguars can get first and second downs, they can score enough to win the game. That’s why the sports betting odds are in favor of the team from Jacksonville.