The UK television series Peaky Blinders exploded its popularity from humble beginnings. Since its launch in 2013, it is one of the most-watched by millions of viewers across the world. Recently, Pragmatic Play releases an online slot machine version of the hit TV series.

In the slot, it includes images of Tommy and Arthur Shelby, as well as Polly and Michael Gray. This is a first branded slot innovation that is developed by the casino software provider. 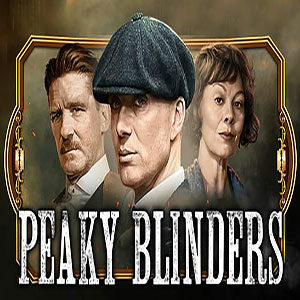 Players of the Peaky Blinders video slot can modify their wagering value. It can range from one to ten coins with a value of €0.01 to €0.50. According to online casino news sources, high rollers can also place their wagers as much as €100 maximum stake. Aside from that, other players can stake from the €0.20 minimum level.

Pragmatic Play rates its new video slot as a four out of five on the volatility scale, while the RTP is 96.50%. This scale is very much acceptable to most slots available on the best online casinos in the market. Symbols can payout from left to eight when matched along with 20 fixed pay lines. The Peaky Blinders symbols offering higher payouts compared to the playing cards.

There are wild symbols on the video slot that is as valuable as the Tommy Shelby symbols. However, these wilds are unable to substitute for any of the unique bonus images.

The first feature that the Peaky Blinders offer is the Shelby Betting Shop. The quality is triggered if the symbol lands on the fifth reel. It is with a bonus symbol on the first and third reels. At random, any character symbol from the Peaky Blinders received cash rewards and activated free spins.

With the bonuses on the first and third reels, a By Order of the Peaky Blinders symbol can appear on the fifth reel into initiate the second unique feature. It also provides free spins, but the players can first benefit from character and wild symbols being held for a re-spin.

Can you Get Rich from Gambling?